Jamie and the Butterfly 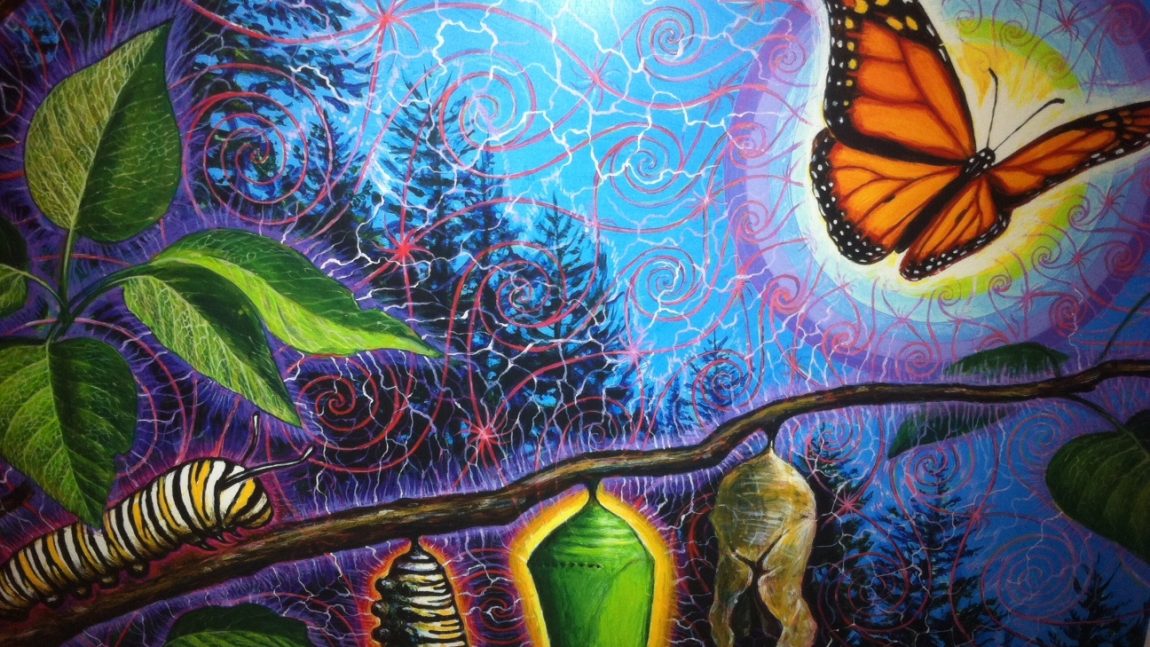 I am Iordanka Yvancheva and I’m also known as Rosie Lights.
Today I’d like to tell you a story on behalf of Rosie Lights.

It’s a story about a little boy named Jamie. Actually, it’s about one of Jamie’s adventures as a child that he would remember for life.

So Jamie was absolutely thrilled by the story my grandmother told him about the birth of a butterfly. It all started with an egg and when the egg hatched, out came a caterpillar which spent most of its time eating leaves and growing, eating leaves and growing, until one day it got tired and bored of eating leaves and growing, and decided to do something different and it attached itself to a twig, it hung itself upside down, and started waving its head like a conductor and as it was waving its head, it was constructing a hiding shell for itself, a chrysalis, where it would hide to create its miraculous transformation in deep secret. And one day, it would emerge from the chrysalis as a beautiful butterfly.

Little Jamie took the jar with the caterpillar home, and the caterpillar was happily living in its new home, munching leaves and growing, and then munching leaves and growing again and munching leaves and growing, and Jamie took care of providing enough leaves for it to eat. And so it went on for days and weeks. And one day Jamie saw the caterpillar climbing up the twig, hanging upside down and moving its head around spinning a silky cocoon around itself until it was completely covered. And Jamie had to wait for another few weeks before the creature inside the cocoon, inside the chrysalis, decided to come out. And then, one day, a little opening in the chrysalis appeared and the butterfly was obviously trying to get out. Jamie sat around, thrilled and waiting to finally see his butterfly. He waited for hours, looking at the butterfly struggling to get out of the chrysalis. It seemed to be so difficult that Jamie felt sorry for his butterfly and he wanted to help it somehow. So he took a pair of scissors and snipped a little opening in the cocoon. The butterfly easily emerged but it looked a bit strange. Its body was swollen and its wings were creased. Jamie observed the butterfly for another couple of hours, waiting for it to open its wings and fly up, but nothing happened. So he took the butterfly to my grandmother and told her what had happened.

Jamie realized that instead of helping the butterfly, he had actually crippled it and felt deeply sorry for what he had done.

“Will it ever be able to fly?” he asked my grandmother, his eyes full of hope.
“Probably not,” granny answered. But you can leave it here in the garden, at least it will have plenty of company.”
Jamie’s eyes were wet with tears. Granny gave him a hug and told him,

“That’s not too bad. Remember this butterfly when you go through hard times. You need to struggle a bit. It’s not a bad thing to struggle. Without the struggle, you would never become the fine creature you could have become.“

These days, as I’m telling you this story, we are forced to stay at home. We are locked in a chrysalis. Everyone individually is locked in the chrysalis and the whole society is locked in a chrysalis, too. We feel constrained, limited but remember, it’s exactly in the chrysalis that the miracle happens. Now, what exactly happens in the butterfly chrysalis is still a mystery. Nobody knows. But one thing is sure – the old forms are transformed into something new. It’s the mystery of the renewal, the mystery of the resurrection. So while in the chrysalis, struggle a bit every day, work on yourself, do your own mystery, to emerge one day renewed, carrying new life, new ideas, new culture.

Thanks for being with me. Take good care.